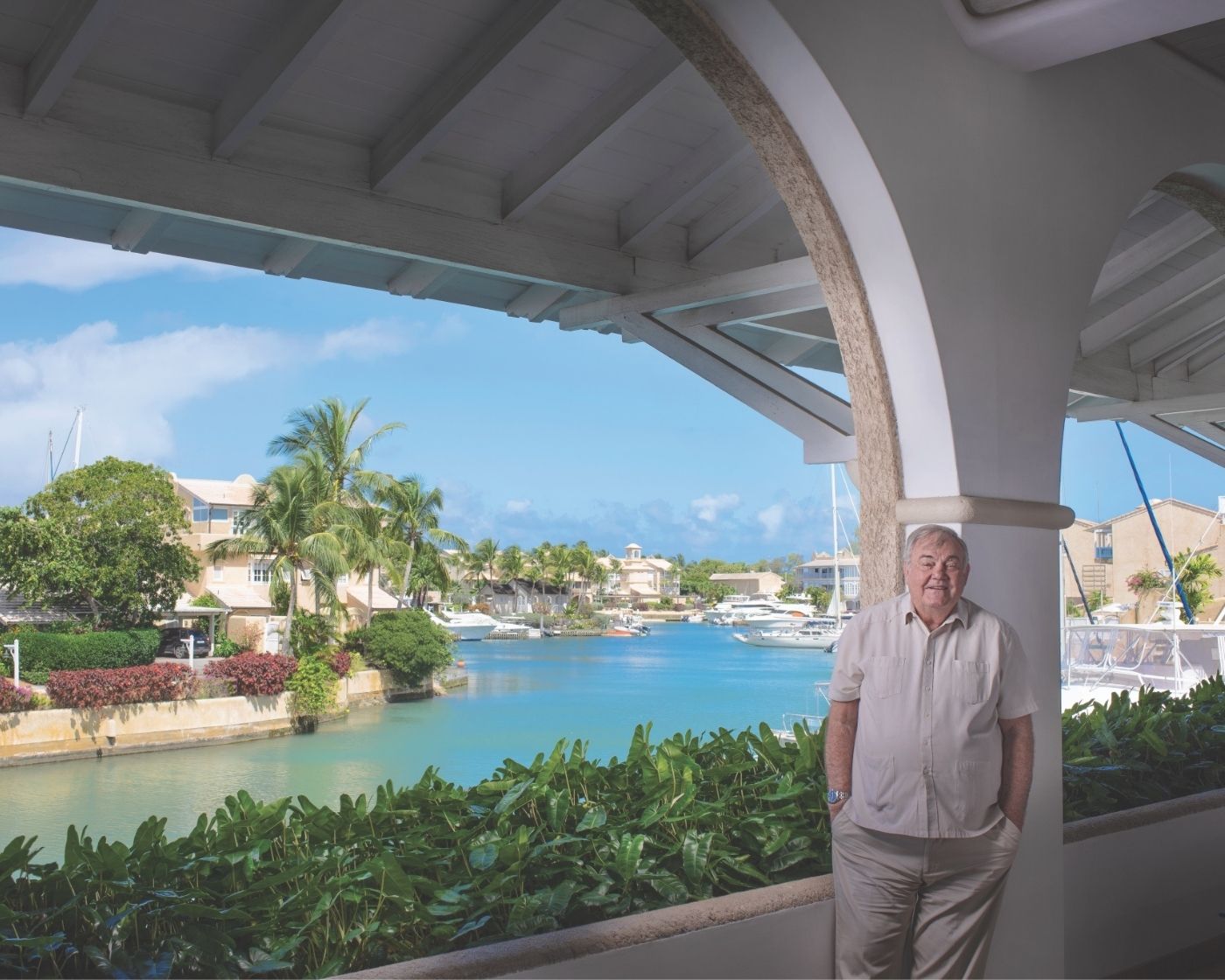 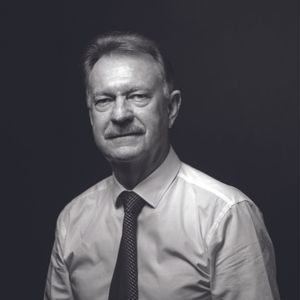 A Fellow of the Barbados Association of Engineers, the highly successful Barbadian entrepreneur Bjorn Bjerkhamn is a Chartered Civil Engineer who has converted his passion for engineering and construction into multiple businesses during an outstanding career that spans more than five decades.

Born in Norway, Bjorn Bjerkhamn first came to live in Barbados when he was just six years old, at a time when his family spent many years travelling around the world. By the age of fourteen he had already lived in five different countries on four separate continents, while also visiting many other exotic places around the world. When the Bjerkhamn family settled in Barbados permanently, young Bjorn received his secondary education at The Lodge School, before gaining a Bachelor of Science Degree in Civil Engineering at the University of The West Indies.

Committed to gaining his engineering chartership, the newly graduated Bjorn spent one year working for the island’s then leading construction company, and one year for the top Civil Engineering consultant. After being awarded his charter, he boldly stepped off the edge and launched his own company in 1970 at the relatively young age of twenty-six. By consistently delivering top class work on time and on budget, Bjerkhamn Associates quickly earned high regard within the construction sector, particularly among the high-end homeowner clientele of the west coast’s Sandy Lane Estate. In those early days, Bjerkhamn Associates was particularly well known as a leading specialist in swimming pool construction. But, with an ever expanding list of happy wealthy clients, that soon transitioned into houses and other buildings. In later years, Bjorn’s impressive list of projects would grow to include well-known properties such as Royal Westmoreland, Schooner Bay, Portico, Somerley, Coral Cove, CGI Towers, the Goddard Building, the Judicial Centre, and the new Corporate Centre for the National Insurance Scheme.

While accumulating significant income and realizing that he needed to put his ever growing bank account to productive use, Bjorn started purchasing property for his own development purposes, and investing in new businesses outside of construction. Using his visionary capacity to identify what would succeed in the future, his earliest ventures included starting a car rental company, which he later sold at a handsome profit, and becoming a founder-owner of the famous Jolly Roger Party Cruise company. But perhaps the most significant early success was his astute decision to set up the island’s first heavy-duty packaging production factory. Within less than a year, quite remarkably, his new company Industrial Packaging was running six 24- hour shifts per week and manufacturing every cement bag used in Barbados, Trinidad and Jamaica, as well as animal feed bags and other items. When that highly profitable business started to slow down after about four years, due to the establishment of competing facilities in the other islands, Bjorn pulled off another master stroke by selling the plant to overseas interests for more than he had paid to set it up in the first place.

Using his strong financial foundation as a launch pad for growth, Bjorn continued to expand his construction business and property investment portfolio, gradually launching in excess of forty successful companies. Many of those businesses are household names today, including Preconco, Cemtile, Spring Homes, JADA, INFRA, Cemix, Bess Mining, Northern Lumber Company, and so on.

As a developer, Bjorn has the distinction of delivering several award-winning, tourism-related projects of the highest calibre. Most notably the iconic landmark properties of Port St. Charles Resort and Marina, St. Peter’s Bay Condominiums, Port Ferdinand Resort and Marina, and Palazzate Beachfront Residences. These four alone have contributed an estimated 1,100 bedrooms to the Barbados villa stock, while generating approximately US$1 billion in foreign currency for the country. At the other end of the scale, Bjorn has also devoted considerable effort into providing affordable housing solutions for all Barbadians. And, in the case of Sapphire Beach, he became the first developer to enter into and successfully deliver a joint-venture agreement with the Government of Barbados in a condominium development.

Being forever grateful for the good fortune that life has blessed him with, Bjorn takes great satisfaction in helping to make a positive difference to the lives of those who are less fortunate. Behind the scenes, away from the public spotlight, he is a generous supporter of a wide cross-section of charitable, educational, sporting, religious, health and other organizations and community activities.

In recognition of his outstanding contribution to the construction industry and the development of Barbados, Bjorn Ferdinand Bjerkhamn was honoured with the country’s Silver Crown of Merit Award in 2017.

Having been a leading light in the construction and development sectors for over 50 years, Bjorn has recently embarked on a new journey, whereby he is gradually divesting himself of his jointly-owned business partnerships in order to focus on his preferred choice of solely-owned ventures. Far from slowing down, he is currently running or activating major projects in a diverse range of areas such as affordable housing, urban development, sand quarrying, water desalination, and agriculture, as well Coral Beach, a luxury residential development located in the highly regarded Parish of St Peter on the island’s prestigious West Coast.

Bjorn Bjerkhamn, the master builder and developer, is as enterprising as ever. 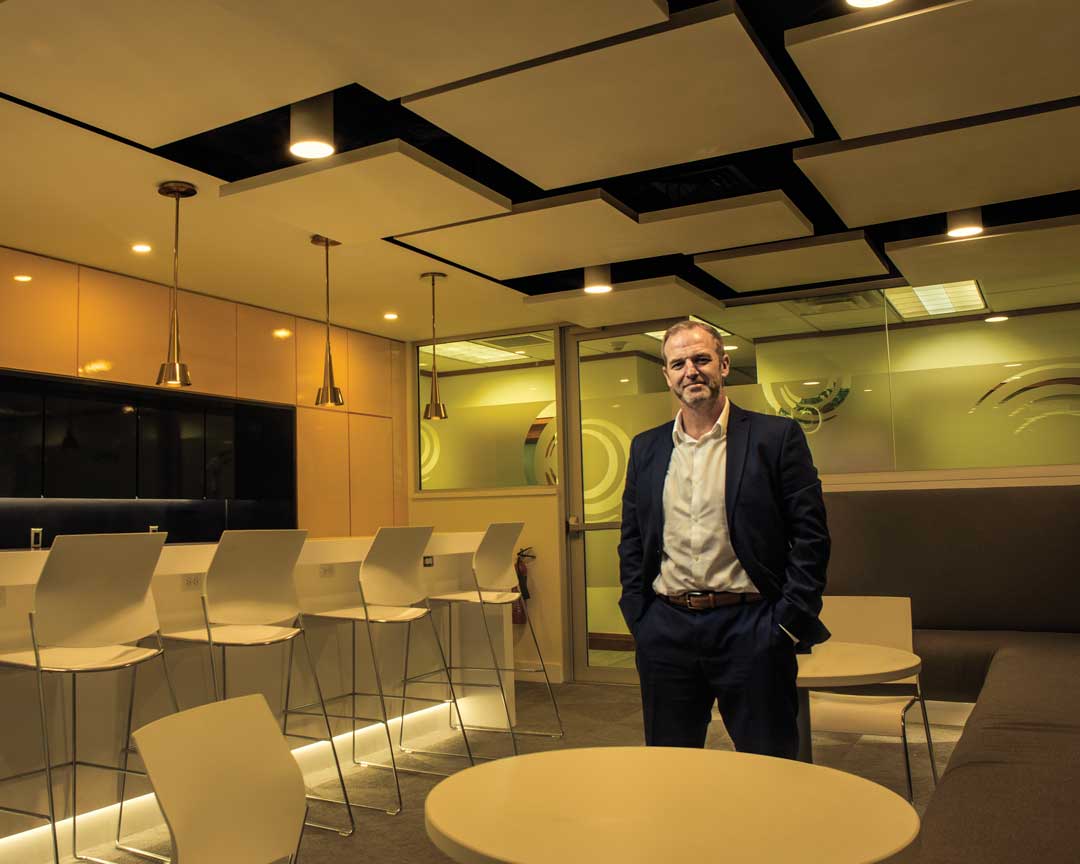 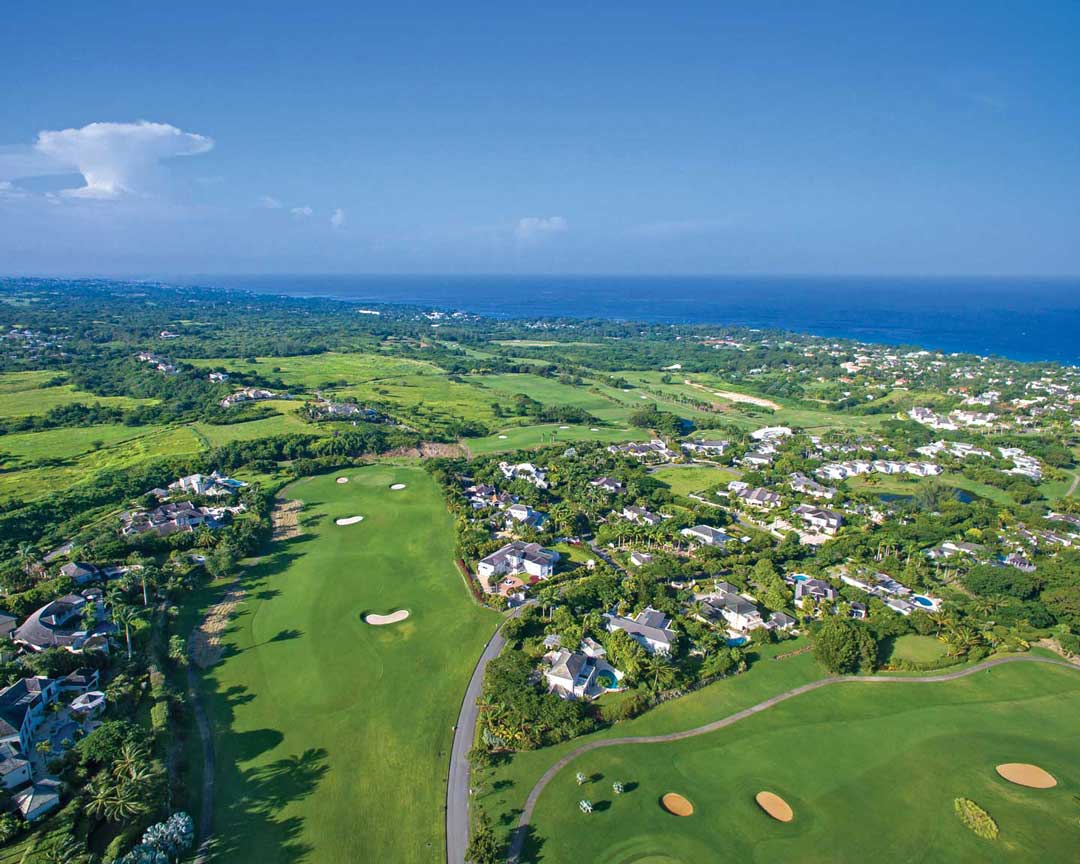 Reflections on the Barbados Pandemic 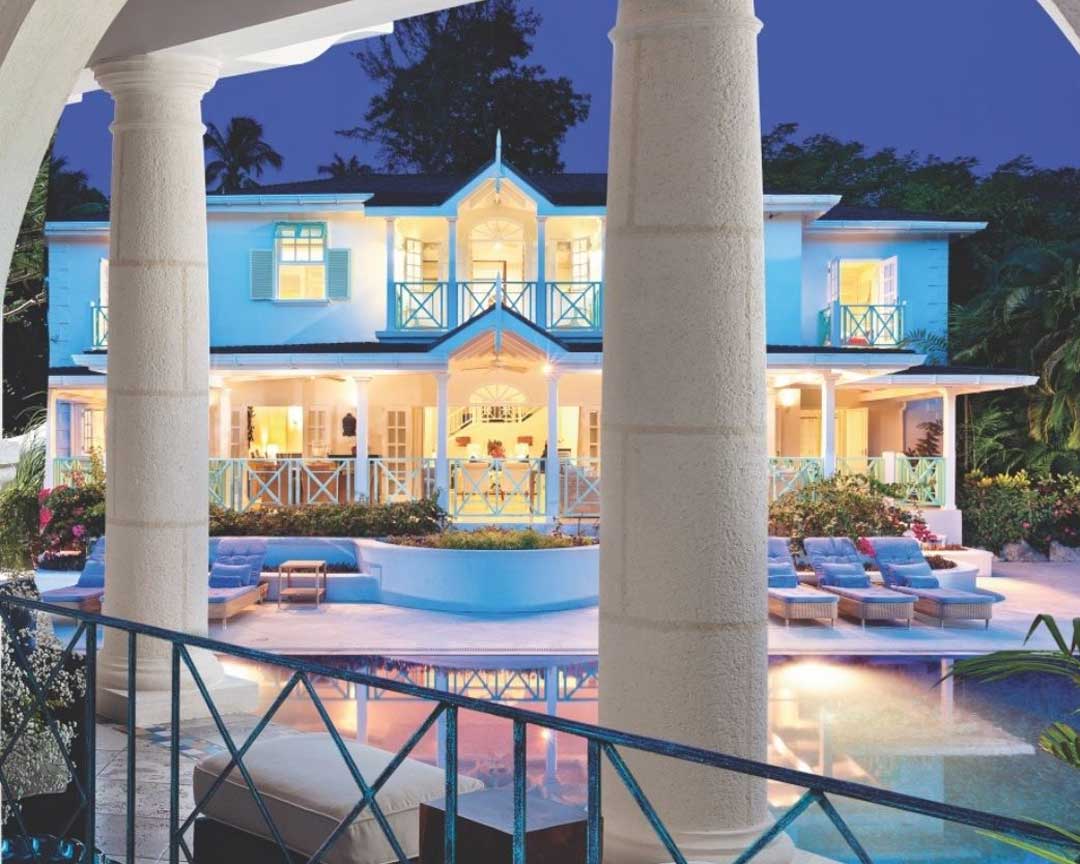 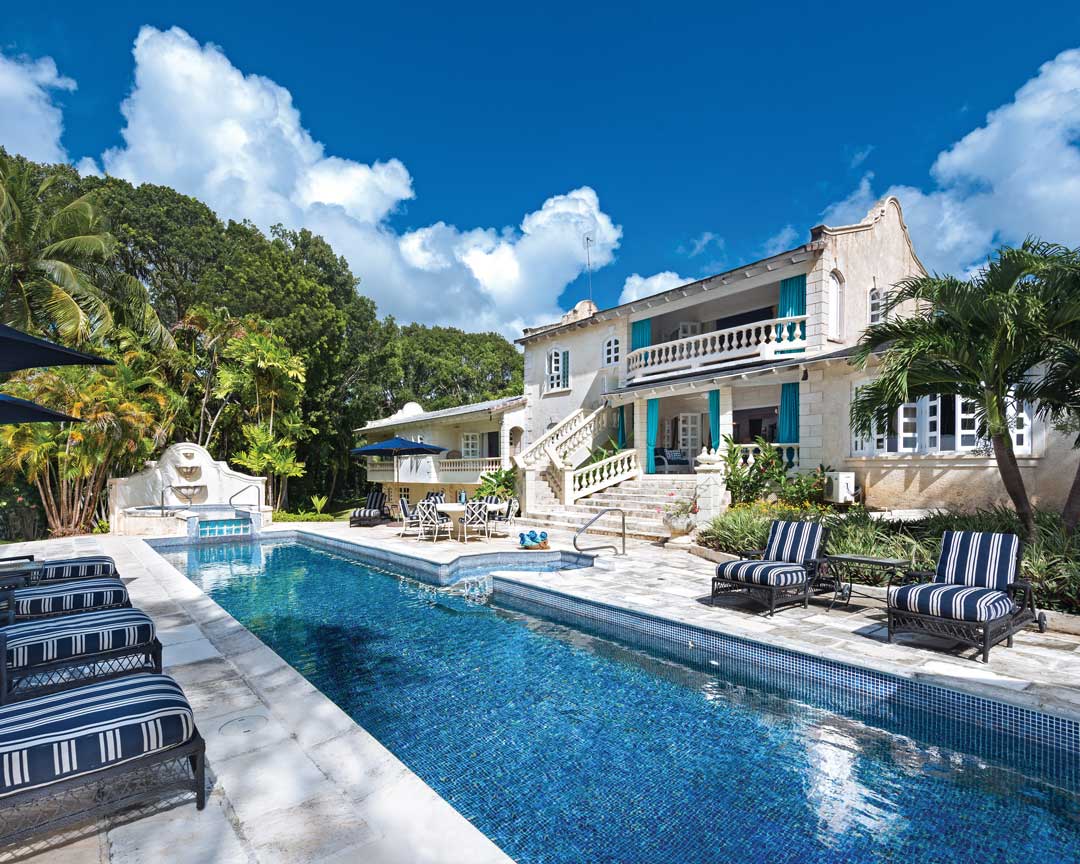